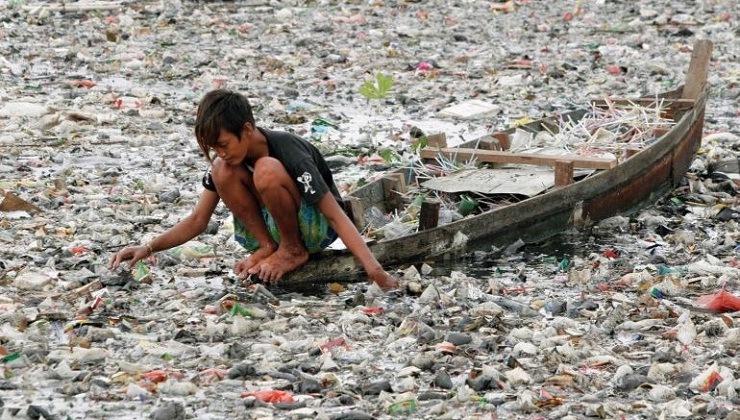 Plastic, as we all know, is a menace to the environment. In recent years, the problem of plastic pollution has escalated quite drastically, causing cities, towns and even oceans to be clogged with this harmful substance. Last year, a team of scientists from Stanford University and Beijing-based BeiHang University demonstrated the amazing Styrofoam-digesting abilities of mealworms. As part of a somewhat similar study, another group of researchers has found a species of bacteria that literally feeds on plastic waste.

Of the 33 million tons of plastic discarded every year in the United States alone, a large portion (35 billion to be exact) is in the form of plastic bottles. According to scientists, polyethylene terephthalate (PET), the kind of plastic commonly used to make water bottles, is also the main constituent of polyester clothing, blister packaging, frozen-dinner trays, food packaging such as peanut butter jars, salad containers, potato chip bags and so on.

From our very good friends over at hexapolis.com

Home » Innovations in Green Energy Technologies » Scientists Discover Bacteria that Feed on Plastic: A Breakthrough that could help Reverse Plastic Pollution
a

Please select the Tab Content in the Widget Settings.

Please select the Tab Content in the Widget Settings.

Home » Innovations in Green Energy Technologies » Scientists Discover Bacteria that Feed on Plastic: A Breakthrough that could help Reverse Plastic Pollution
a